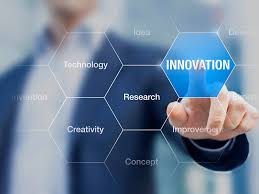 Uganda Communications Commission (UCC) is distributing solar-powered tablets to selected households across the country as part of a proof of concept pilot project on the contribution of ICTs in the eradication of household poverty.

Undertaken by the Uganda Communications Universal Services Access Fund (UCUSAF), the project is targeting up to 1,400 underserved households in eight sub-countries across Uganda’s four regions.

The project focuses on the demand side interventions by providing low-cost tablets to households as a viable option for Government in bridging the digital divide while addressing issues around connectivity and access. The tablets are loaded with data to last a few months as the project’s performance is monitored.

Upon receiving their packages from UCC on Tuesday this week, Sylvia and Aisha, both mothers from Kyetume A, Kitimbwa sub-county in Kayunga district, said the internet-enabled devices would help facilitate online learning for their children.

This pilot project, which includes a basic digital skilling component, supplements other interventions such as the ICT for farmers’ initiative where UCUSAF is skilling farmers and creating centralized access to various products across the farming value chain in a bid to boost productivity.

It is hoped that the beneficiaries, armed with internet-enabled devices and basic digital skills, will be in a much better position to harness the digital information that is accessible through applications covering critical sectors such as education, health, and agriculture.

The project is being implemented in partnership with local government officials at the district, sub-county, and village levels. The local leaders were involved in the elaborate exercise of selecting beneficiaries, among other project support roles.

Telecom operators were also brought on board to guarantee connectivity as this is the key driver.

The selection of the beneficiary sub-counties was based on the poverty index, according to the 2016/17 Uganda National Household Survey conducted by the Uganda Bureau of Statistics (UBOS).

From the survey covering the Central region, the proportion of the population considered poor was highest in the sub-county of Kitimbwa in Kayunga district and Busamizi in Buvuma district, both at 23%.

For the Northern region, Loroo sub-county in Amudat district registered the highest poverty incidence at 78%, followed by Rengen sub-county in Kotido district.

As for the Western region, Mpungu sub-county in Kanungu district had the highest poverty rate at 24.7%, followed by Ngwedo sub-county in Buliisa district.

Nevertheless, the devices which come with an inbuilt solar energy charging system and can also be charged using grid electricity, have undergone the mandatory type-approval process by the Commission, which process tests for conformity to all necessary standards.

The tablets are also duly registered and geotagged, making it difficult for beneficiaries to sell them off.

UCUSAF is using a door-to-door implementation approach, having learned from previous experience that the approach appears to put people at ease, enabling them to ask questions and offer constructive feedback.

To ensure sustainability, the project has prioritized adequate digital literacy training; coordination with telecom providers to ensure network quality of service; monitoring and evaluation right from project inception; and setting up of regional or localized resource centers in the project areas.

Despite improvement in access infrastructure and newer mobile access technologies (3G & 4G), the majority of Ugandans largely own feature phones, which are used for basic telephony, thereby missing out on the benefits that digital devices can offer, including e-Government services. This is only one of the steps to bridging the digital divide and leaving no one behind.