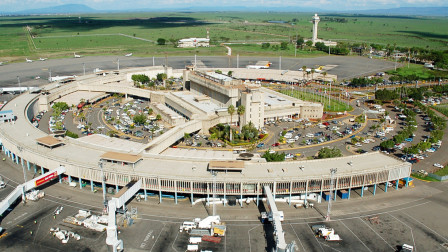 Airport authorities on Tuesday evacuated panicked passengers from a waiting lounge at the Entebbe International Airport as emergency services put out a fire.

Although police and the Uganda Civil Aviation Authority said it was a minor incident, the 3pm fire caused panic among passengers who were near the area it broke out.

According to authorities, the fire was caused by a short circuit.

“Passengers and all the other users of Entebbe International Airport were immediately evacuated as the UCAA Rescue and Fire-fighting Services team handled the situation,” said a statement from Mr Vianney Luggya, the spokesperson of the UCAA.

All employees, passengers and attendants were asked to evacuate for their own safety and normalcy returned after a short while.

“[The situation] normalised by 3.45pm. Passenger operations have since resumed,” Mr Luggya added.

Police said there was no casualties.

However, the incident disrupted operations, especially for departing passengers.

“Inconveniences caused by the incident to the departing passengers and other users of Entebbe International Airport are highly regretted,” Mr Luggya added.