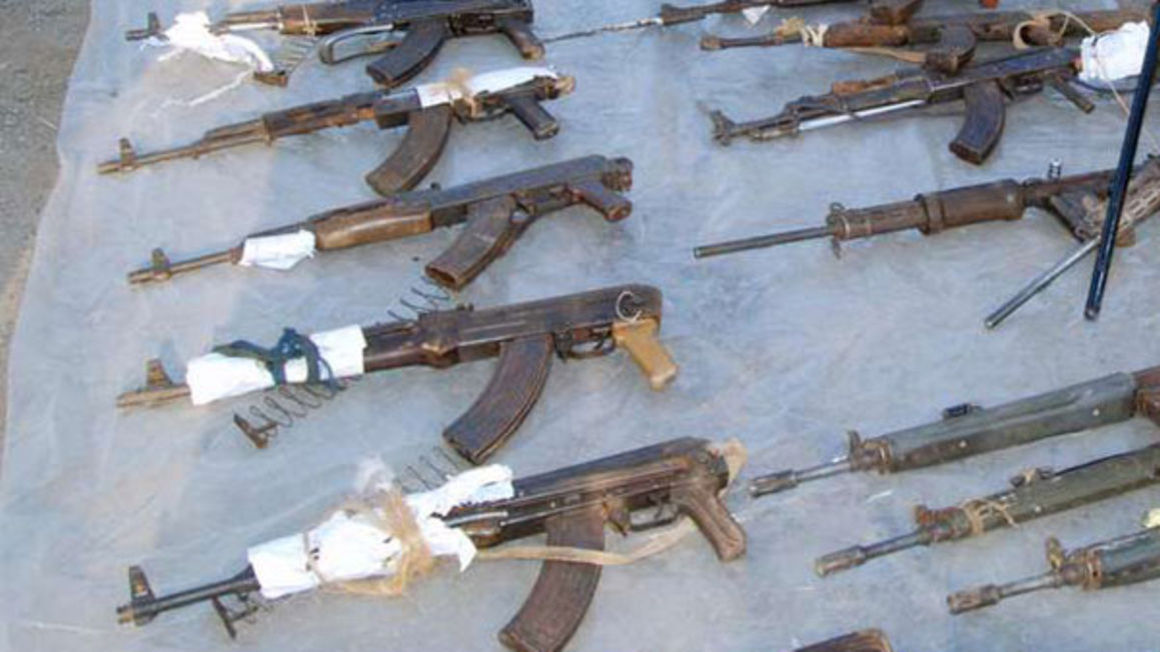 As Uganda intensifies its fight against armed violence in the country, the Ministry of Internal Affairs has announced a two-month amnesty for people in possession of illegal firearms and small weapons.

The 2021 Africa Amnesty Project was launched by the Uganda National Focal Point on Small Arms and Light Weapons on November 24 at the Silver Springs Hotel in the capital Kampala.

With financial support from the United Nations Office for Disarmament Affairs (UNODA) and the African Union Commission, the project covers four critical regions of the country, including Rwenzori, Karamoja, Northern and Kampala Metropolitan.

Uganda is one of the three countries – including Madagascar and Niger – that have been chosen to participate in this year’s operationalisation of the African Union Assembly Decision 645, which provides for the voluntary surrender of illegally possessed weapons on condition of anonymity and immunity from prosecution.

The project intends to educate and create awareness among local communities about the dangers and effects of the illicit proliferation of small arms and light weapons as well as to identify gaps and needs to determine possible steps to address shortcomings in small firearms control.

“The project provides a window of opportunities to citizens of Africa to seize, utilise and contribute towards the realisation of a peaceful, secure and prosperous continent,” Kahinda Otafire, Uganda’s minister for Internal Affairs, said during the launch of the project.

By offering amnesty to illegal firearms owners, the government hopes to ensure a safe and peaceful society free from armed violence by preventing, controlling, eradicating or reducing the proliferation of illicit firearms through comprehensive, integrated and coordinated approaches.

Uganda is a signatory to a number of arms control instruments that mandate it to initiate programmes that encourage voluntary surrender of illegal firearms as a way of mitigating armed violence on the continent.

The country is currently ranked among the top in the Great Lakes Region and the Horn of Africa in implementing the Nairobi Protocol for the prevention, control and reduction of small arms and light weapons in the region.

Since the declaration of the Nairobi Protocol in 2006, Uganda has destroyed over 140,700 pieces of obsolete and surplus small arms and light weapons, according to Mr Otafire.

Globally, an estimated 85 percent of small arms and light weapons are thought to be in civilian hands while in Africa alone civilians own more than 40 million small firearms and yet a very small percentage of the owners are licensed.

Lt Gen Baldreldin Elamin Abdelgadir, the Executive Secretary of the Regional Centre on Small Arms in the Great Lakes Region, the Horn of Africa and Bordering States (RECSA), who also attended the launch event in Kampala, said that armed conflict is the main factor that has stifled Africa’s growth for decades.

“One of the biggest challenges Africa faces are the weapons in illegal hands because they cause insecurity that hinders development. They facilitate violence and crimes, such as drug trafficking, arms trafficking, illegal financial flows, armed conflicts, transnational criminality and terrorism, among others,” he said.

In recent years, nearly all East African Community member states have been victims of terrorist attacks due to illegal weapons, Mr Abdelgadir said.

In November, Uganda suffered a string of terrorist attacks by the Allied Democratic Forces (ADF) rebels, a militia group that operates inside the Democratic Republic of Congo (DRC).

In retaliation, heavily-armed Ugandan armed forces marched into eastern DRC and launched an assault on the rebels. The government said the Ugandan soldiers will not leave the DRC until the ADF rebels are defeated.