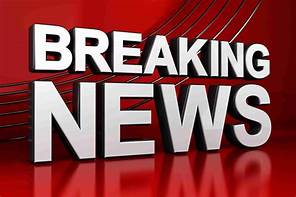 Bobi Wine, an opposition leader in Uganda, said he had been placed under house arrest on Tuesday. Robert Kyagulanyi Ssentamu, known by stage name Bobi Wine, is an ex-singer, now politician. He tweeted that military and police officers had been deployed and were stopping him from leaving his house. Wine accused President Yoweri Museveni of placing him under house arrest, which barred Wine from campaigning with an opposition candidate against Museveni. Unfortunately, this use of military and police personnel for intimidation to influence voters and restrict candidacy has lead to unrest.

According to Al Jazeera, Wine tweeted that the security guard and gardener had been arrested and brutally beaten by the military and police who had been deployed to stop Wine from leaving the house. He followed up this report with the hashtag “we are removing a dictator” on his tweet. Furthermore, reports state that the past election has seen increased abductions and arrests in order to prevent opposition leaders from gaining support and taking votes away from Museveni. Wine had been set to show his support for an opposition candidate in a campaign, but the house arrest restricted him from demonstrating in protest against Museveni.

Placing an opposition leader under house arrest is an inherently political decision. However, the consequences of this decision have contributed to significant unrest in Uganda. The violence that resulted from the implication of house arrest is thought to have injured employees of Wine’s home. Furthermore, protests have occurred in response to Wine being under house arrest, and many of those protests have turned violent. Other countries, especially those that value democracy and the democratic process, should challenge Uganda for encouraging house arrests meant to intimidate opposition candidates and restrict voting options for voters.

Museveni has been in power since 1986. Since then, claims of his presidency being dictatorial have increased around the world. In Uganda, attempts to remove Museveni from power have been unsuccessful. Bobi Wine, however, has used his popularity and newfound political power to call for Ugandans to peacefully rise up against Museveni. Seeing Wine as a threat, Museveni has utilized his military to stop Wine’s protest efforts. Placing Wine under house arrest increased unrest in Uganda by demonstrating Museveni’s inability to allow opposition leaders to support opposition candidates and has contributed to rising tensions between the opposition and the president.

President Museveni deployed military and police officials to the home of opposition leader Bobi Wine. This decision to place Wine under house arrest resulted in violence against those living with Wine, protests against Wine’s arrest, and exposed the dictatorial nature of Uganda’s long-term incumbent president. In order to support Uganda and encourage fair elections in the future, as well as a start to return to political stability, democratic states should show their support for Wine and work to stop this restriction of voter freedom.